A conversation about fear, friendship and fun - oh, and the book too

Wally Conger and I chat about Refuse to be Afraid and ... well, I'll let Wally explain here.

Oh, and during the conversation, I mention putting up a way to e-mail me. There!
Posted by Warren Bluhm at 3:38 PM 0 comments 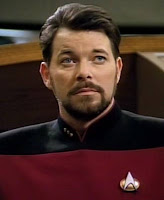 A recent discussion of The Amazing Spider-Man #33 got me thinking about great cliffhangers.

Wally Conger reminded his readers that this month is the 45th anniversary of the great three-part webslinger story about a mysterious villain named the Master Planner and his gang trying to take over New York.

Issue #32 ended with the Master Planner being revealed as none other than Spider-Man’s arch-nemesis Doctor Octopus, who during the inevitable slugfest drops an enormous piece of machinery on the webbed one’s back, pinning him to the floor helpless.

Oh, did I mention the room under the Hudson River is about to collapse? He’ll probably drown when it does.

Oh, did I mention Aunt May is dying and the serum that could save her life is on the floor just out of Spider-Man’s reach, losing its potency minute by minute?

Wally wrote about how the opening pages of the next issue are probably the most inspirational moments in comic-book history, and they are. Spidey has no choice but to dig deep and find the strength to push the weight off his shoulders, save himself and rescue Aunt May, and he - just - keeps pushing - until - he - DOES IT!

I still get goosebumps.

But step back a month. One reason the opening pages of Issue #33 work so well is that creators Stan Lee and Steve Ditko did such a masterful job of building the suspense, and then cut the story off at the end of #32 just as we readers were the most involved.

They had spent nearly three years making us care about the characters, and most of two issues putting first Aunt May, then Spider-Man and of course the city of New York in jeopardy. I couldn’t wait to grab #33 off the newsstand and see how it ended — and the payoff was simply awesome.
I’m sure there are more, but I could only think of two other cliffhangers that made me sweat that much.

“Mr. Worf, fire!” The third-season finale of Star Trek: The Next Generation was one of that series’ finest moments. A new character arrives — ambitious Commander Shelby (Elizabeth Dennehy) who wants Will Riker’s job, the Enterprise’s first officer having been offered a captainship of his own. But Riker’s not sure he wants to leave the side of Capt. Jean-Luc Picard just yet.

Then Picard is captured and assimilated by the Borg, the half-human, half-machine collective that cannot (as far as anyone knows) be stopped. With his half-mechanized captain staring at him through the view screen and demanding his surrender. Instead, having modified the Enterprise’s technology to create a powerful makeshift weapon, Riker orders the crew to fire on the Borg and his beloved captain.

The screen fades to the words “To Be Continued.” Are you kidding me! I can’t recall ever looking forward to a television season premiere as much as I did for “Best of Both Worlds, Part II.”

“Frodo was alive but taken by the Enemy.”  At the end of J.R.R. Tolkien’s The Two Towers, Samwise Gamgee discovers that his friend Frodo Baggins was not actually killed by the giant spider Shelob but is indeed a captive of the evil orcs.

The book, second in the Lord of the Rings trilogy, was published in November 1954, and 11 months would pass before publication of the third installment, Return of the King.

I had the luxury, as a geeky teenager about 15 years later, of shrieking in panic at 2 a.m. and grabbing immediately for the third book. I can’t fathom what the wait until October 1955 was like for the original Tolkien fanatics.

What these legendary cliffhangers had in common was the care that the writers took to invest us in the characters. By the time they reached the edge of the cliff, we loved Spider-Man and Aunt May; we loved Riker and Picard; and we loved Frodo and Sam. We wanted them to overcome, and we cared about how they would do so.

And in these three examples, the payoff also is memorable. Many’s the cliffhanger that promises a terrific escape and conclusion but falls short. What makes these stories legendary is the delightfully excruciating buildup, the promise of something terrific and, in the final chapter, a climax even more terrific than we expected.

Deliver even more than you promise — always a good policy in any business, and especially so in good writing.
Posted by Warren Bluhm at 5:58 AM 0 comments