Refocus: A report to the tribe

So ... first off, Myke Phoenix is back. The book was fun, but he always was intended to be a monthly adventure series, so here he is. The first edition of the free Myke Phoenix emagazine arrived quietly and without fanfare, and it will appear on the ides of every month for as long as there are adventures to tell. Expect me to toot that horn a little harder as time goes on.

Second, I'm heading back to the Attic. We're finally settled enough in our (still temporary) quarters for me to feel comfortable unpacking some boxes of my aural stash. Etched in stone now: The next new podcast will arrive Feb. 12. The goal: A new show every Sunday.

Still to come: A fresh new edition of Henry David Thoreau's Resistance to Civil Government a k a Civil Disobedience. Like my version of Tom Paine's Letters to the Citizens, it'll be a free ebook with the option to purchase a more permanent dead-tree edition.

I have uncovered a wonderful old dirigible adventure that I'll be bringing you by spring. I'm using my trusty OCR scanner to transfer the book and working on a fun little introduction. There's a revised edition of my short story collection Wildflower Man in your future. I haven't forgotten my novel The Imaginary Revolution, either. Been tinkering with that durn-fangled thing for about five years, I think.

It was important for me to share the concepts in Refuse to be Afraid and A Scream of Consciousness – and expect new ebook and audio versions of those two efforts, too, by the way – but now it's on to other endeavors. Keep an eye here, on Facebook and Twitter, and wherever else we happen to bump into each other.
Posted by Warren Bluhm at 8:55 AM 0 comments

Where is that dang microphone, anyway? I have the mic stand, wouldn't you think I'd keep the microphones on the same shelf?

Man, we moved five months ago, you'd think I'd have the Attic all unpacked again by now. Let's see what I can find in this box.

Oh, my! I forgot about this thing. Whoa, that'll be great.

Email ThisBlogThis!Share to TwitterShare to FacebookShare to Pinterest
Labels: podcast

Are you ready for Uncle Warren's Attic podcasts to resume?

Just sayin'
Posted by Warren Bluhm at 8:22 AM 0 comments 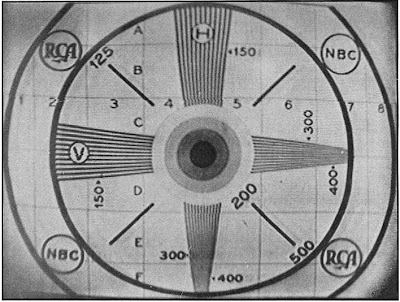 You may have noticed I didn't mention the call letters of that far away Buffalo, N.Y., radio station in my stroll down Memory Lane yesterday. That's because I couldn't remember. I knew it wasn't CKLW because that station was in Windsor, Ontario ...

In the middle of something else during the day, I remembered. WKBW. This concept of my brain as a time machine is a lot of fun, except when the synapses don't quite snap the way they once did.

Here's a bunch of info about that great Top 40 station.
Posted by Warren Bluhm at 6:15 AM 0 comments

Music from a half-century away

One of the more amazing things about entering late middle age is the notion of my brain as a time machine, accessing events that happened 50 years and more ago. I still have a crisp memory of sitting in my brother's room listening to a far-away radio station in Buffalo, N.Y., one night in what must have been 1961, listening to a catchy new song called "Calendar Girl." I became a fan of this Neil Sedaka fella not long after.

Every Tuesday night during my teenage years, I'd tune in Cousin Bruce Morrow at WABC in New York City to find out the weekly Top 20 (which was the Top 40 at one time and was later reduced further to the Top 14). I must not have been the only one, because those surveys are a prominent part of the musicradio77.com site devoted to memories of the biggest hit radio station of the era. Here are this week's memories:

I like to believe that people in the long run are going to do more to promote peace than our governments. Indeed, I think that people want peace so much that one of these days governments had better get out of the way and let them have it. 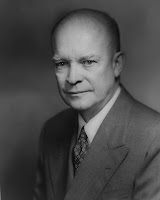 That's Dwight D. Eisenhower, the president who had been a leader of warriors and later said some of the most profound things about peace of any president before or since. Especially since.

Here are some other good things Ike had to say.

The year was 1990, more or less. The cold war was over, people were still allowed to smoke on the job, 9/11 was still six years off, and local radio stations had local personalities on the air almost 24/7.

And I had this idea about reviving the dime novel. OK, not the dime novel per se. What I had in mind was something about the length of a comic book, but in text.

My hero’s name was Myke Phoenix.

You can read more about it by clicking "Read more" — or just click on the caption under the cover art for your free e-magazine.

I wish I had something clever to say about this clip, but it speaks for itself.