Click on the giant podcast icon to download Uncle Warren's Attic #78.6 - which is really a rerun of the now-legendary UWA #6, my "War of the Worlds" episode from the early days of the podcast six (!) years ago.

Featured on this show (and not exactly either – you'll see) are these fine tunes: 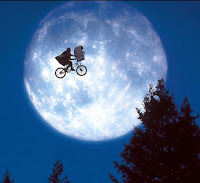 A new era begins with the first edition of Uncle Warren's Attic from the new Attic. As promised, podcasting has resumed in the fall.

By the way, you can subscribe to the Attic via iTunes at this link.

Among the odds and ends this time around:

The main event is the 30th anniversary of E.T. The Extra-Terrestrial, which as you know contains the finest movie score of all time in my humble opinion.

But mostly, in part with the little guy who phoned home, this is my celebration of how good it is to be home again for the first time.

This episode features a vintage radio ad for Camel cigarettes, some homemade political ads, and the usual miscellaneous bits and pieces of my aural stash. Tell me what you think in the comments!

As you know, since two days after Ray Bradbury died I have been working on a story I conceived several years ago, in the form of a blog "written" by the story's central character. I'm creating the novel – perhaps novella will be a better word in the end – in the same manner Brian Wilson recorded "Good Vibrations" and Smile. The blog entries serve as modules of content to be rearranged into the final composition.

Especially early in the process but still somewhat at this stage, I may write a scene or part of a scene from the beginning, middle or end depending where the muse takes me on a given day.

On Wednesday night I printed all of the entries to date and sat down to put them in an order. I found with some satisfaction that this process is indeed telling the story that I wanted to tell oh-so-long ago. I thought it would take about 100 blog entries of 300-to-700 words each, and at Entry 75 I truly am about three-quarters of the way through.

This little sorting also identified what I have left unwritten to date, and that is an invigorating thought. Much as I wrote my earlier novella The Imaginary Bomb knowing how it would end and enjoying the ride from here to there, it's time to start writing the scenes that draw it all to that conclusion. And as these characters now write their own stories, I'm sure I sometimes will be surprised at how they reach their destination.

It is a time of civil unrest. An Earthian colony on Sirius 4 chomps against the bit of a colonizing force. Those who have chosen to lead a pioneering life in space did so because they desired independence and liberty. The ties to the old world were meant to be severed, not forged into strong cables. A revolution is inevitable – but one man, Raymond Kaliber, envisions something more than simply exchanging a far-off tyrant for a more local one.

I've set a goal of releasing a finished product on Dec. 15, which is Bill of Rights Day, the anniversary of a day when revolutionaries ratified a pact intended to protect individual freedom. In the meantime, the blog is a chance for you to get a sneak preview of the story and watch the process of its creation day by day. Check it out; we're getting to the good parts.
Posted by Warren Bluhm at 6:41 AM 0 comments

With the release of another edition of E.T. The Extra-Terrestrial comes another chance to wax eloquent about John Williams' incredible score. More than any movie in my experience, the music of E.T. becomes a part of the narrative, helping to tell this beautiful little story of loneliness, love, loss and triumph.

Listen to this movie. Listen to how the music helps propel the story and how it adds to the emotion of each moment.

Williams is arguably the finest movie composer of his generation – his themes define Jaws, Star Wars, the Indiana Jones films, the Harry Potter films, and so many more great movies. But E.T. is his masterpiece.

I plan to delve into this thought a bit in Uncle Warren's Attic #78, coming soon to a podcatcher near you. Are you subscribed?
Posted by Warren Bluhm at 8:28 AM 0 comments

Yep, here we go. Every time you turn on the telly, you're assaulted by someone telling you to be afraid of what will happen if the other guy wins.

Must be an election coming.

I wrote Refuse to be Afraid a couple of years ago in part because of times like these, when people with agendas are ratcheting up the fear factor. The political ads try to get you to place your hopes and fears for the future in this person or that's hands.

The goal is to divert your attention from a basic fact: Your future is in your hands. It's not about choosing the right boss to watch over you. It's about swallowing the fear and living your life.

Getting you to focus on that life was the reason I wrote this book.

A while ago Wally Conger and I spent some time talking about this: You can listen by heading here and following the links.
Posted by Warren Bluhm at 7:07 AM 0 comments

Email ThisBlogThis!Share to TwitterShare to FacebookShare to Pinterest
Labels: Refuse to be afraid 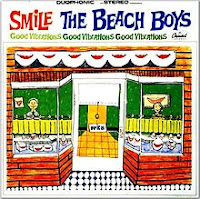 I am writing my new novel as a series of blog entries, not necessarily in chronological order, to reassemble them in its final form - not unlike the way Brian Wilson composed "Smile."

Thanks to GarageBand, I have now reassembled the various musical components of "Smile" into a form that, to me, captures what I expected to hear when the album would have appeared in 1967. It's exhilarating, like solving the toughest puzzle ever created.

I'm a tad nervous that I've become obsessed with "Smile." But I gotta tell you, there are a lot worse musical compositions to get obsessed over. Over and over the crow cries uncover the corn fields.

Posted by Warren Bluhm at 7:51 AM 0 comments

This part of Wisconsin is so beautiful that tourism is the biggest local industry. This is the time when thousands of people drive here just to drive around and appreciate the explosion of color that comes with the season of transition.

It has been a lengthy season of transition around here. More than two years ago, we packed up Uncle Warren's Attic and moved into temporary basement quarters to prepare for selling the house. A little more than a year later, the house sold and we moved into interim housing. With an extra stop for two months at a second interim location, we have now moved into a brand new home built to our dreams.

Unpacking the boxes and putting stuff into its "permanent" place has been a liberating experience. There's no place like home, Dorothy said, and home has been a moving target for a couple of years.

Podcasting will resume sometime this month – more on that shortly. This is just a shoutout to say hey, we're home, and come on over soon, you hear?
Posted by Warren Bluhm at 8:31 AM 1 comments