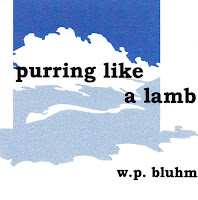 It was also my first experience outside the realm of nylon six-strong guitar plucking, as the newly earned money in my pocket allowed me to buy the 12-string guitar that I still favor today. These tunes were my first experiments with the new, fuller sounding instrument. 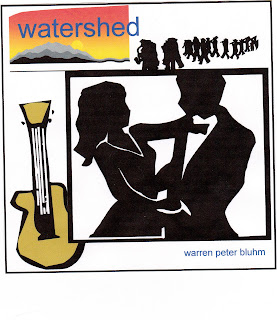 The fall of 1984 through early 1986 was the most prolific period of my life as an amateur songwriter so far. In the summer of '85, enamored of Springsteen's Nebraska, I recorded Watershed with just my voice on solo guitar. The results were so-so. After recording a multitracked album, Folks Songs, that December, I had second thoughts about the Springsteenesque approach and, in a blaze of work Dec. 21-22, 1985, I recorded this "official," multitracked version of Watershed.

To me, these 14 songs fit together as well as any group of songs I've ever assembled among the 20 albums I've inflicted on friends and family. I handed out C-45 cassette copies to anyone willing to listen.

If you want to sing out, sing out

I got nothing to add to these sentiments.

Posted by Warren Bluhm at 7:54 AM 0 comments

Nostalgia for the revolution, and the new revolution

Scott Alexander posted this video on Facebook on Wednesday with the comment, "Why does this song still sound great after 47 years? I never get tired of it!"

It's true. This song exploded out of the radio lo, these 46 years ago.  My response to his question was, "Like the Beatles' stuff, it sounded like nothing we ever heard before. It was just the Beatles Invasion before this song; after that it was called the British Invasion."

I've been putting some of my vinyl collection up on eBay, motivated by a couple of things - mostly that sometime in the next year we'll be moving a second time (sold the old house, planning to build new, and currently living in an interim place) and moving 30 boxes of LPs was not fun. But it's also to pay down my personal debt a bit - no album sounds as beautiful as the sound of "Goodbye, MasterCard!"

This week I'm parting with my more recent Bruce Springsteen albums, and I'm using this blog to direct your attention there - and sharing some of the product descriptions, because I had a little fun writing 'em ...