And there never was a man like Doc Watson


To me Doc Watson was the star of Will The Circle Be Unbroken, the incredible 1972 three-LP country-rock-bluegrass collaboration spearheaded by the Nitty Gritty Dirt Band. That gentle and kind voice casting friendly praise in every direction, that great picking – I was a fan for life, especially after I heard "Tennessee Stud" (Jimmie Driftwood wrote this thing) for the first time.

Our time on this sphere is finite, so this day was going to come, but I'm still sad that Doc has moved on. At least I had an excuse to give his stuff another listen – not that we ever need one.
Posted by Warren Bluhm at 4:54 PM 0 comments

Coming this fall: UW Attic #78 and beyond 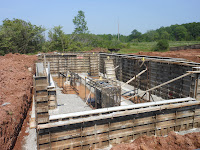 I mentioned in the now-legendary Uncle Warren's Attic #77 that my ability to deliver a weekly podcast may be temporarily hampered by the fact that we're moving into temporary quarters while we build a new Attic.

Well, the most practical thing to do turned out to be to move everything from the Attic into temporary storage!

Therefore, We move the podcast - but not the blog - into another hiatus, but never fear pilgrims: I already have begun planning the next series of UWA adventures. Coming this fall, after living a bit of a nomadic life for a couple of years, Red and I plan to be settled into our new home and able to unpack shtuff, some of which has literally been in boxes since July 2010. And, once unpacked, some of this shtuff will amaze and astonish you.

I'm guessing that around the time the fall TV season rolls around, you'll have the additional option of gathering around whatever electronic device you use to listen to podcasts and hear a new season of Uncle Warren's Attic, more eclectic than ever.

In the meantime, monitor the construction progress and otherwise keep in touch with your favorite eccentric uncle by visiting this little place in cyberspace. And feel free to rifle through the archives when you have a strong desire for a UWA episode. Thanks for listening!

As always, you can contact me directly at warren@warrenbluhm.com with questions and comments.

Posted by Warren Bluhm at 7:17 AM 0 comments

Well, I must say this is rather exciting.

What you are looking at is a view from outside the window of the new Uncle Warren's Attic, which should be a reality in mid-August, Lord willing and the creek don't rise. Red and I have owned this land for about six years, and circumstances finally have arranged themselves in such a way that we can begin building a domicile on the property.


Late last week stakes went into the ground marking where the house will go, and Monday I positioned myself in the corner where there'll be a bedroom that I plan to convert into my office/studio space. That's the top photo.

I have attended my share of groundbreaking ceremonies in 37 (!) years as a reporter-type person, and today I finally understand why they're so excited. The hole in the ground is a symbol of the future, a positive act toward something new. Hurry up, tomorrow, I can hardly wait to meet you.

Yeah, yeah, yeah, there are bound to be snafus and disappointments and stuff that doesn't happen the way we hoped it would happen. But mostly there's a hole in the ground where a home will be.
Posted by Warren Bluhm at 8:59 AM 0 comments

Cleaning out the old Attic in anticipation of moving the new one we hope to occupy by mid-August, I found my notes from the 100th birthday party for Herbi Hardt, which I mentioned back in Episode 72.

He had some good answers to the inevitable question of how to live to be a century old, and before I toss the notes into the recycling bin, here they are – to be preserved for posterity! (These are the exact notes – in parentheses I fill out what I remember of what they mean.)

Don’t clutter up your life (with things like hatred, anger and rigid beliefs).

Live now (not in the past or overly worried about the future).

(Live in ways that will leave) This world to be a better place.

Keep learning and moving on; keep on adding to your knowledge.
Posted by Warren Bluhm at 8:52 AM 0 comments 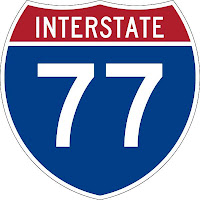 THIS IS YOUR DIRECT DOWNLOAD LINK FOR UNCLE WARREN'S ATTIC #77.

But seriously, why haven't you subscribed to the RSS feed yet?

Ernest Hare, Floppy the Rabbit, Sir Laurence Olivier and Wolfman Jack - Dare ya to find another podcast that will mix that mix!

Thanks for spending a half-hour a week rifling through my shtuff with me!
Posted by Warren Bluhm at 6:16 AM 0 comments 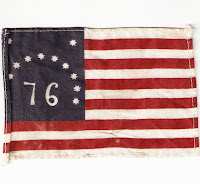 Click on the pod icon or this link to download/listen to Uncle Warren's Attic #76.

What does a romantic ballad from the 1920s have in common with a gospel cover from 2006? You'd be surprised how well they fit together in the same pile of shtuff. At least they seemed to be part of the same flow as I cobbled together this visit to Uncle Warren's Attic.

Likewise, you wouldn't think Buffy the Vampire Slayer, Casablanca, Nick Fury Agent of SHIELD, The Prisoner and Firefly have that much in common (except that Joss Whedon produced the first and last), but they made for a pleasant enough opening montage.

That's just the way it is up here in the Attic. You got yer boxes of LPs, the 45s on the top shelf, the 78s down here by my feet, and miscellaneous CDs, DVDs, floppy disks, reel-to-reel and cassette tapes, books, comics, magazines and whatnot all over the place. I still haven't hooked up the 8-track machine, but I know there are a few of those in a box somewhere, too ...

And the result is a fun little mix like this one:

Click on the pod icon or this link to download/listen to Uncle Warren's Attic #76.
Posted by Warren Bluhm at 2:00 AM 0 comments

Catch up to the last 10 visits

Coming up Monday, Uncle Warren's Attic #76 will take us back 90 years, 70 years, 25 years and five minutes ago. But there's a weekend ahead, and here's a fine way to pass at least five hours while you're waiting for the new show. Sure, you could spend that time by going to see The Avengers twice, but this is free! free! free!

If you didn't realize I had settled back in the Attic again, you can catch up with the rest of us by clicking on these links to listen to/download the last three months of excitement (not counting the two weeks of reruns) ...

Uncle Warren's Attic #66 - re-establishing the series with the likes of The Crows, Jimmy Davis, John Cale and Sunny Gale.

Uncle Warren's Attic #68 - The original Betty Boop and famous songs recorded by other artists before the big hit versions. Seriously, "Just Dropped In (To See What Condition My Condition Was In)" by Jerry Lee Lewis?!

Uncle Warren's Attic #69 - Excerpts from the 1912 presidential campaign, World War I music, and translating the dialogue from Star Wars I. To be honest, this one looked better on paper.

Uncle Warren's Attic #70 - St. Patrick's Day the way it may have sounded on the Victrola.

Uncle Warren's Attic #71 - The premieres of "This Terrifying Report" and "Poetry Corner," plus a lot of songs with food themes, like "Pumpernickel," "Hotta Chocolotta" and "Sweet Potato Piper."

Uncle Warren's Attic #74 - A fun hodgepodge from the late 1950s and early '60s, including the immortal "Manhattan Spiritual" and a followup to "Hey Paula."

Uncle Warren's Attic #75 - The story of meeting Barry McGuire and how it inspired me to write and record an album and then write a book.
Posted by Warren Bluhm at 7:38 AM 0 comments