Welcome to another tour of my mind and my stuff, starting with a modest plug for The Imaginary Revolution and a nod to the late, great Ray Bradbury. We'll hear "Well Met Pretty Maid" by Theodore Bikel and Cynthia Gooding and reflections on Middle English and Geoffrey Chaucer, and then there's the classic "Brother, Can You Spare a Dime" by Leo Reisman and his Orchestra, vocal by Milton Douglas.

From there:
"Tea for Two," Fred Waring and the Pennsylvanians
"Cocktails for Two," Spike Jones
"Frenesi," Glenn Miller and his Orchestra
"Anything Goes," Kate Capshaw
A taste of Sky King sponsored by Peter Pan
"Frankie and Johnny," Helen Morgan and the Nat Shilkret Orchestra

Gorram it, 1984 does not have a happy ending

You know about Big Brother – not the reality TV show, the world leader who infused his regime with the principles “War is peace,” “Freedom is slavery,” and “Ignorance is strength.”

In George Orwell’s prophetic novel Nineteen Eighty-Four, Winston Smith is a guy who works for the Ministry of Truth changing the news. If a certain public figure has fallen out of favor with The Powers That Be, Winston is one of the clerks who goes into past editions of the newspaper and changes anything that might tend to show that figure in a positive life. If he has become an “unperson,” the figure is removed from the public record entirely.

(I always thought that was a little unrealistic – surely someone, somewhere, would still have a copy of the old newspapers with the original record. Or later, surely someone, somewhere would have preserved the original record on his hard drive. But as we move our information farther and farther onto a paperless cloud, the idea of being able to manipulate all past records seems more feasible.)

He begins to notice that people are miserable, he sees that life is pretty dreary with Big Brother Watching You all the time, and he begins to believe that freedom would be better served if Big Brother is overthrown. But he also knows that citizens are being tortured and killed for believing that – or at least he is able to make a correlation between their beliefs and their eventual disappearance.

Are you ready for a little Revolution? 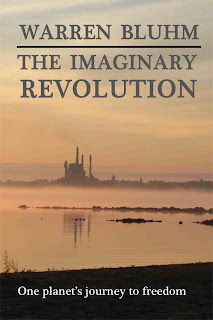 If you've been paying attention to the countdown in the righthand column of this blog, you know it's only a matter of days before the novel The Imaginary Revolution will be published. As my Cyber Monday gift to you, I have prepared a sampling of chapters from the novel to whet your appetite for the real thing.

The story of how Sirius 4 threw off its shackles will be available for public consumption starting Dec. 15, 2012 – Bill of Rights Day – in both ebook form and a handsome, hardcover print edition. This is your opportunity to get a taste of it so you can decide whether to put it on your Christmas list.

The link below (click on the colorful green button with the blue whale) will lead you to a place where you can download a .zip file containing the Imaginary Revolution sampler in .pdf, .epub and .mobi forms. Enjoy! And consider coming back on Dec. 15.


Click here to download your free sampler of chapters from the novel The Imaginary Revolution, scheduled for release on Dec. 15, 2012.

No one in Washington, D.C., has done a better job than Ron Paul of defining what's wrong with the U.S. government and what needs to be done to fix it. In his "farewell speech" to Congress, he does an outstanding job of summing it all up.

It's a long read but essential to understanding. We ignore this message at our peril.

Here's a link to the transcript and video.

The coming of The Imaginary Revolution

I posted this note this morning at ImagRev: The Imaginary Revolution, where since early summer I have been sharing the first draft of my upcoming novel. 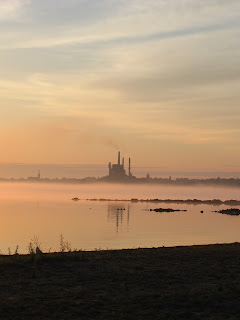 The End – an editors' note

One planet’s journey to freedom has now been told via this blog, from the perspective of Ray Kaliber, who has received much of the credit for bringing about the Commonwealth of Sirius 4. The task that remains for us is to compile these sometimes rambling thoughts into a coherent narrative for you, the reader. Our goal is to make this available for your purchase and perusal on Dec. 15, 2012.

Why that date? This is a story of liberty, and on Dec. 15, 1791, a new nation on Earth ratified a Bill of Rights, intended to affirm the rights of the individual by prohibiting the new nation’s government from violating those rights. In the centuries since, that list of 10 tenets has been the subject of much discussion.

The nation had been forged a few years earlier by violent revolution against a far-off state that had routinely trampled on the rights on the list, as states are wont to do. The Bill of Rights was championed by people not so concerned about that far-off former threat as about making sure the newly formed state never behaved as tyrannically, ensuring that the revolution did not turn out to be an imaginary one.

To release the story of The Imaginary Revolution on Dec. 15, then, is a nod to the anniversary of that revolutionary document. The extent to which Ray Kaliber’s story is relevant to the ongoing discussion is entirely up to the reader.

Watch this blog for updates about how to obtain your copy of The Imaginary Revolution.
Posted by Warren Bluhm at 6:09 AM 1 comments

Reflecting on the election

All packed within a mere half-hour - readily accessible by clicking the links above.
Posted by Warren Bluhm at 6:13 AM 0 comments