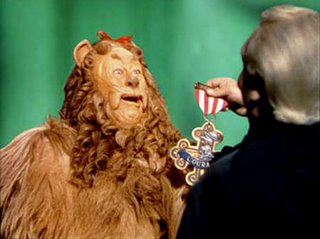 ... at all the nice things that were said at Sunni's place about the Attic. Not sure what the posting problem is, Xpat - all the Blogger settings look right at this end - but I'm glad to hear what you had to say. And at some point I'll understand Podcasting for Dummies well enough to graduate to an unclewarrensattic.com domain of my own.

I really am having fun doing this little show, and I'm tickled that you're enjoying it, too.

Last night (Saturday, Oct. 21) was the benefit concert for the Cup O'Joy Christian Coffeehouse featuring Sara Groves and Keith L. Cooper. I have to say that Keith's CD only gave me a hint of what the guy can do just standing on the stage alone with an acoustic guitar. I heard several people say on the way out that they've never heard someone get that much sound - or those kinds of sounds - out of a guitar, and I have to add my own "wow!!" to that mix. I'm no longer certain that there were multiple guitars or a percussionist in "Cloud Burst," the song I included in UWA #3 - I think all of those sounds may have come out of a single guitar.

And Sara is simply the most "real" person I've ever seen on stage. Her songs are personal and revealing, and the conversation she has with her audience is all the more so. She continues to grow as a musician, a Christian and a person (in no particular order), and it's been a real treat catching her in concert every year or so. This was the fourth time Red and I have seen her, and I sure plan to keep coming back.

I'm really looking forward to this week's show. I've entered into an agreement with a new news network that has the technology to break into a podcast with news in "real time." I have no idea how it works, but I suspect it'll be very interesting. I'm also planning to throw caution to the wind - so far I've been playing stuff that I'm pretty sure is in the public domain, but some of the music people are putting out these days is just too good to ignore, and radio's pretty much ignoring it. So ... well, keep an eye out Wednesday or Thursday for Uncle Warren's Attic #6. And thanks again for all the kind words!
Posted by Warren Bluhm at 9:16 PM